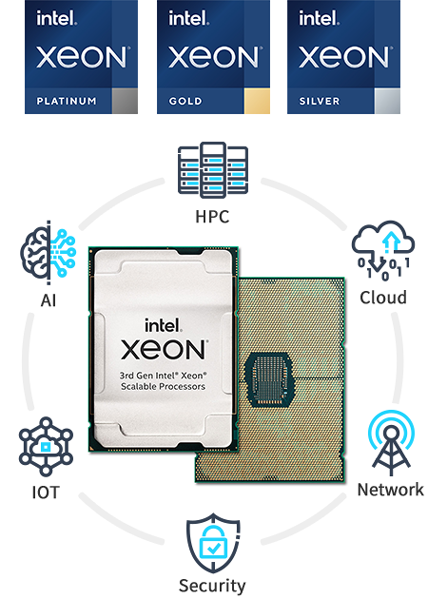 ● Enhanced I/0 : Support for PCIe 4.0 allows for double the throughput of PCIe 3.0 for fast and large data transfers. Also, 64 lanes per socket with up to 128 lanes in a 2P configuration for fast data transmission from CPU to GPU, accelerator or storage.

● CPU Performance Boost : Now up to 40 cores per socket with greatly improved IPC on Intel’s 10nm architecture while operating CPUs at 105-270W. Also, an additional UPI lane is added for up to 11.2GT/s for a low latency interconnect between CPUs.

● Next Level Security : New instructions and architecture deliver a high level of cryptographic operations for data privacy and protection. Cryptographic accelerators speed up encryption protocols as well as improvements in software guard extensions and memory encryption are added. 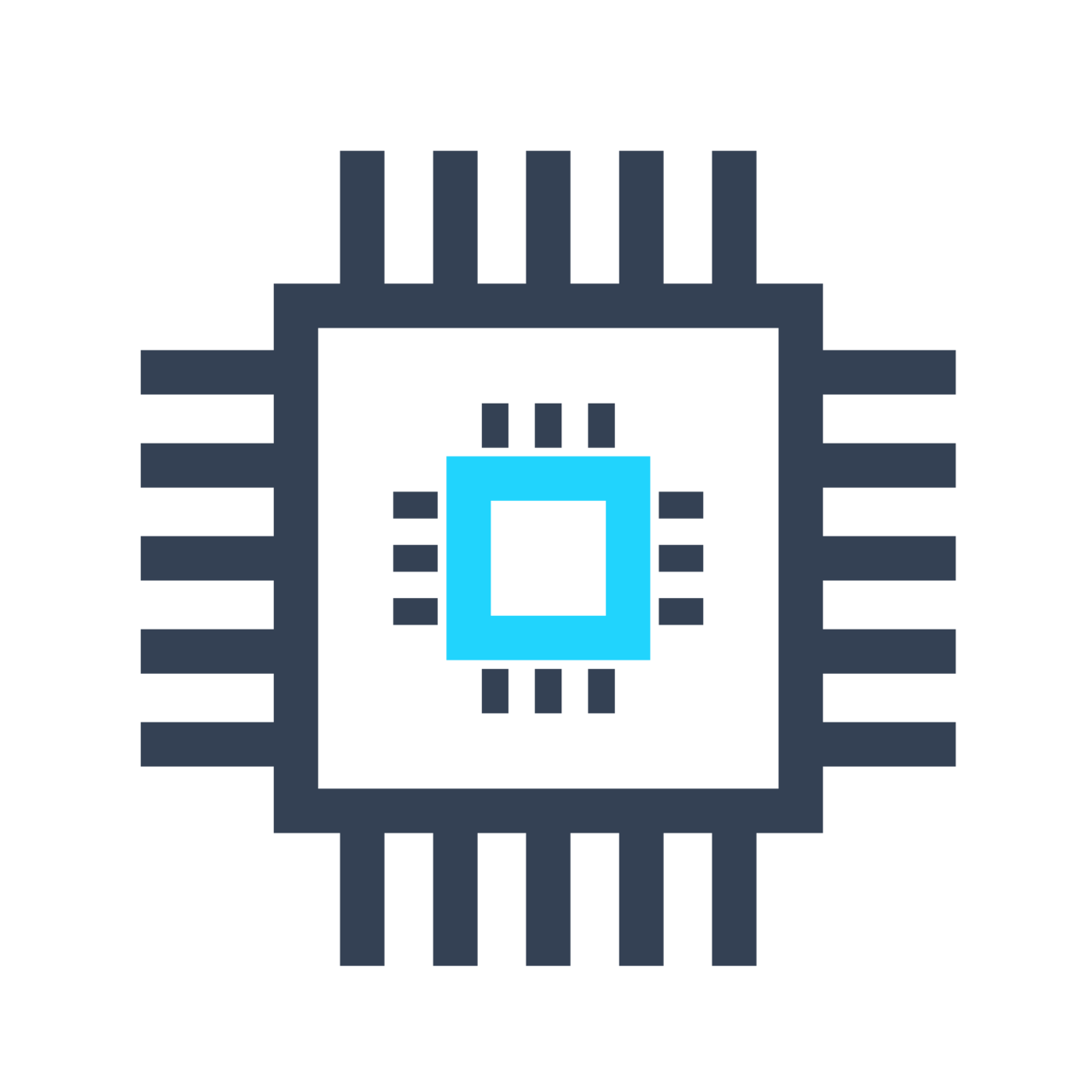 Parallel processing with multiple GPUs and support for dual slot GPUs allows for the highest, dense GPU compute possible. To get even more GPU performance a balanced dual root complex allows for offers the lowest latency as system memory is accessed by GPU memory via PCIe switch, while bypassing the CPU. 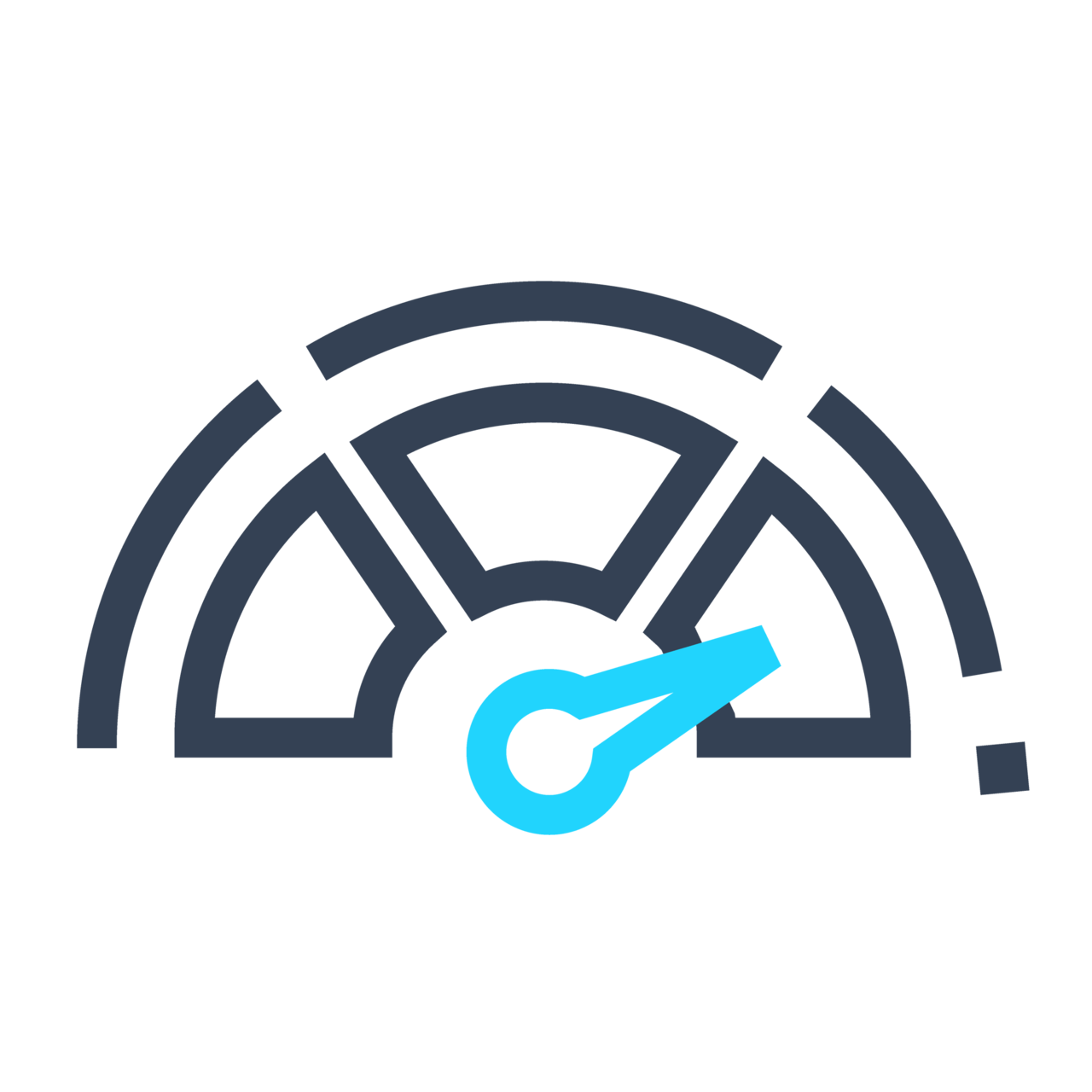 Requiring the ultimate performance in every aspect of a server is possible. GIGABYTE servers have been designed to support the cutting edge, high-end CPUs, GPUs P2P, and GPU-to-NIC bridges while utilizing GPUDirect and PCIe 4.0 for fast throughput and multi-GPU communication. 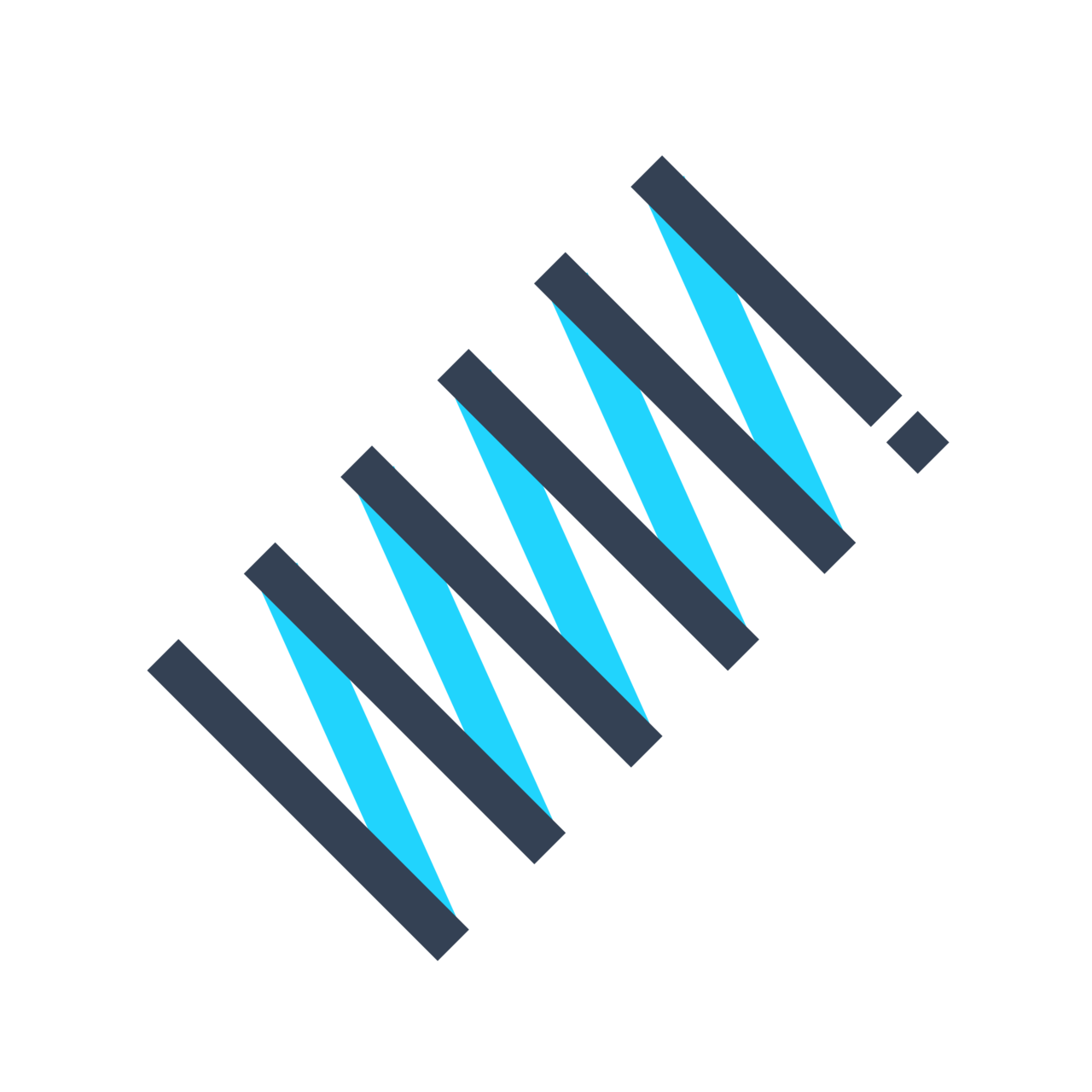 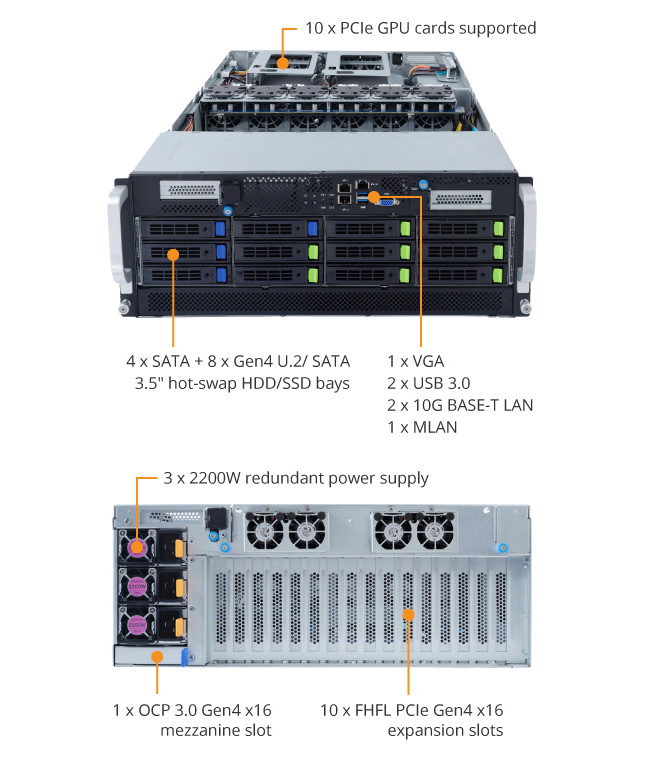 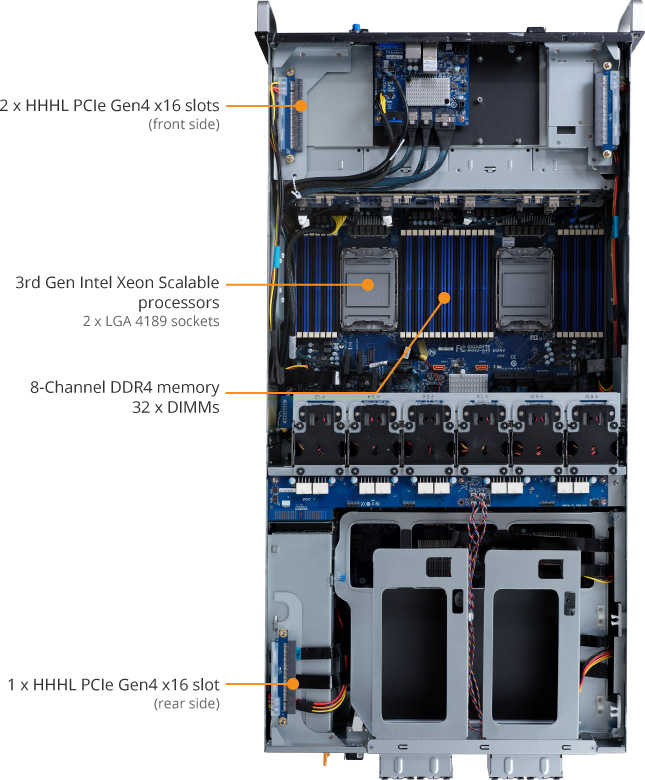 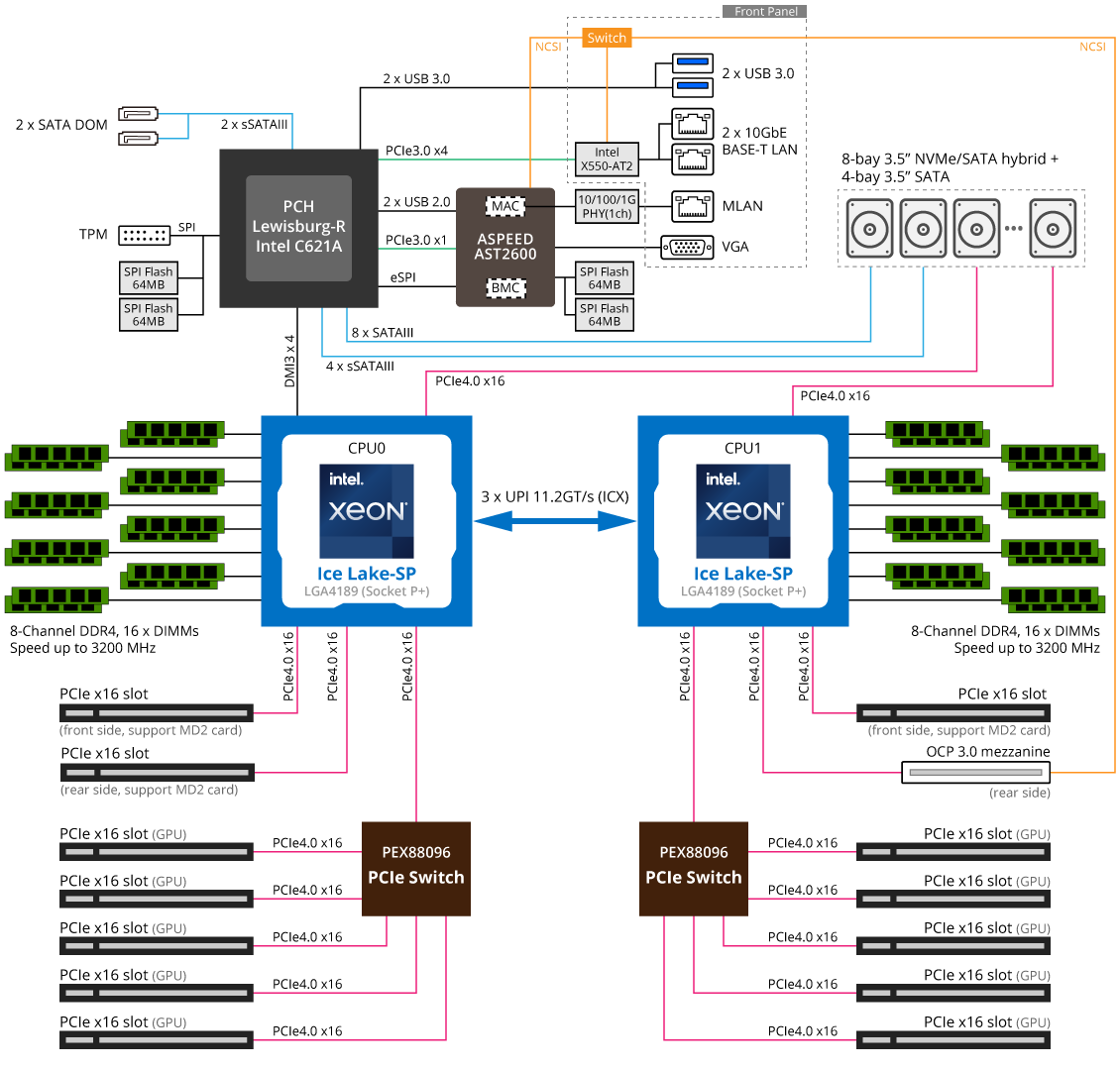 GIGABYTE servers have been tested and validated across a range of workloads with various computing accelerators designed to deliver high levels of performance for 3D rendering, deep learning and high-performance computing, which enables content creators, data scientists, researchers, and engineers to tackle challenges that were once impossible. 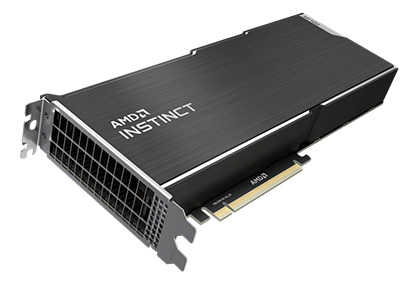 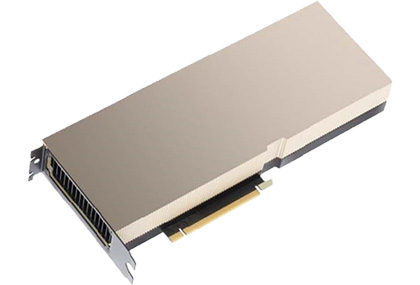 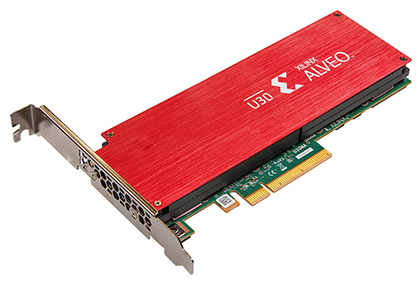 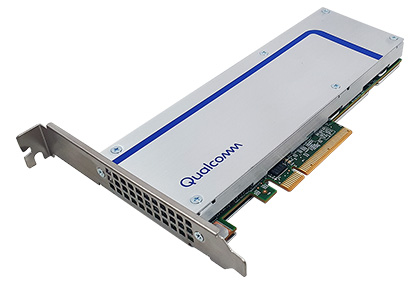 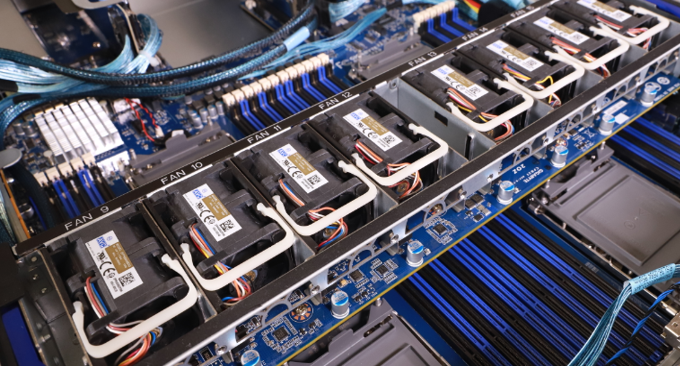 GIGABYTE servers are enabled with Automatic Fan Speed Control to achieve the best cooling and power efficiency. Individual fan speeds will be automatically adjusted according to temperature sensors strategically placed in the servers.

SCMP is a GIGABYTE patented feature which is deployed in servers with non-fully redundant PSU design. With SCMP, in the event of faulty PSU or overheated system, the system will force the CPU into an ultra-low power mode that reduces the power load, which prevents the system from unexpected shutdown and avoids component damage or data loss. 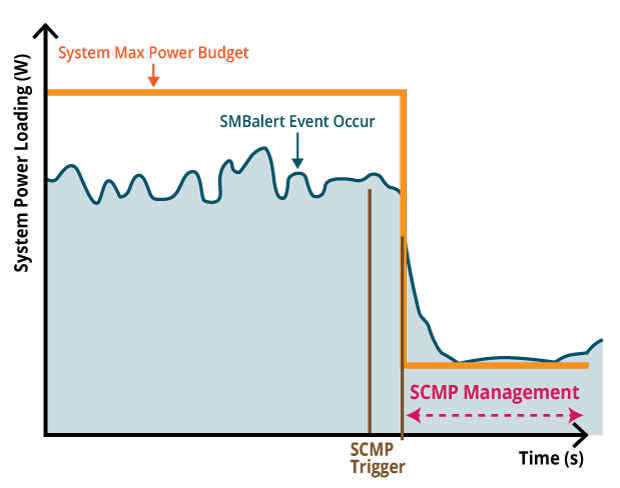 If the ROM that stores the BMC and BIOS fails to boot, the system will reboot with the backup BMC and/or BIOS replacing the primary. Once the primary BMC is updated, the ROM of the backup BMC will automatically update the backup through synchronization. For the BIOS, it can be updated based on user's choice of firmware version.

For hardware-based authentication, the passwords, encryption keys, and digital certificates are stored in a TPM module to prevent unwanted users from gaining access to your data. GIGABYTE TPM modules come in either a Serial Peripheral Interface or Low Pin Count bus.

Being a member of key software alliance partner programs enables GIGABYTE to rapidly develop and validate joint solutions, enabling our customers to modernize their data centers and implement IT infrastructure and application services with speed, agility, and cost optimization. 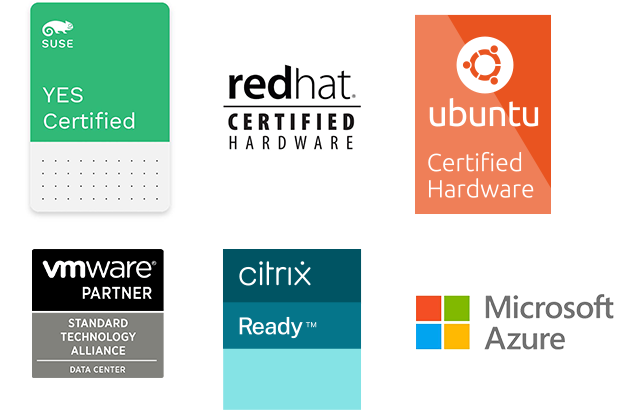 into a single platform through an open interface

● Automatic event recording, which can record system behavior 30 seconds before

an event occurs, making it easier to determine subsequent actions

GSM is a software suite that can manage clusters of servers simultaneously over the internet. GSM can be run on all GIGABYTE servers and has support for Windows and Linux. GSM can be downloaded from GIGABYTE website and complies with IPMI and Redfish standards. GSM includes a complete range of system management functions that includes the following utilities:

or through a server in the cluster. The software allows ease of maintenance for large clusters of servers.

● GSM CLI: A command-line interface for monitoring and managing remotely.

● GSM Agent: A software program installed on each GIGABYTE server node that retrieves information from each system and devices through the OS,

and this software integrates with GSM Server or GSM CLI.

● GSM Mobile: A mobile app for both Android and iOS that provides admins with real-time system information.

● GSM Plugin: An application program interface that allows users to use VMware vCenter for real-time monitoring and management of server clusters. 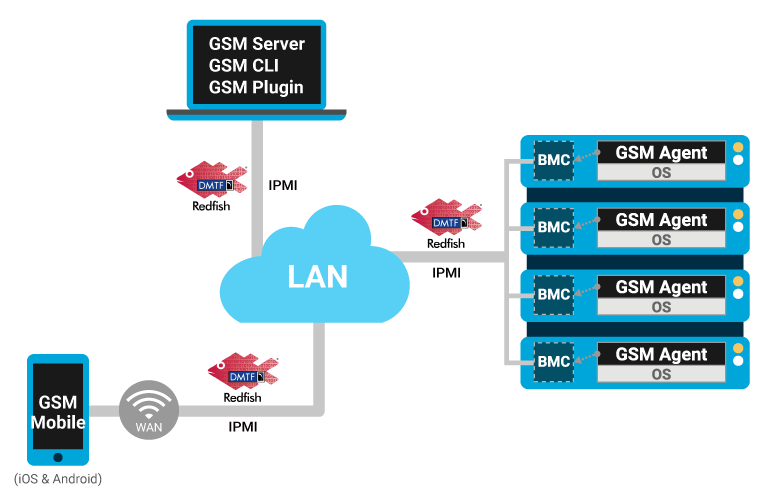 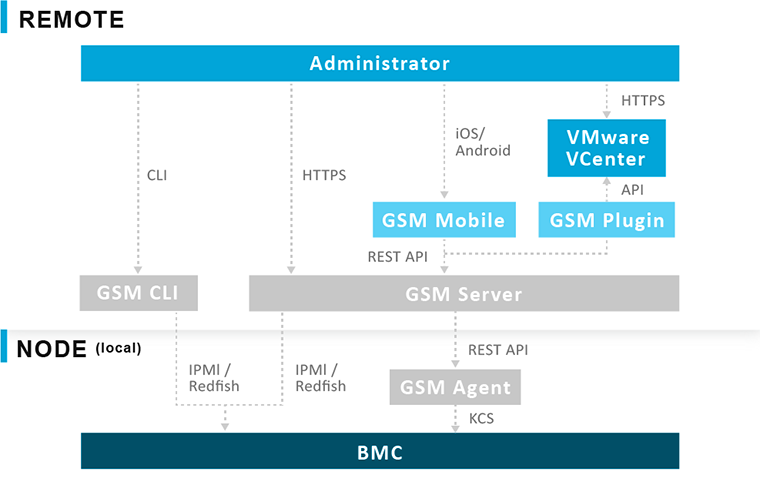